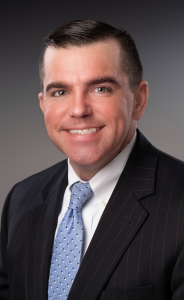 Associate and Director of Bankruptcy Operations

Mr. Ondeck is an Associate and the Director of Bankruptcy Operations at the law firm of Silverman Theologou LLP. Mr. Ondeck handles a wide range of bankruptcy related matters, including proofs of claim, lift stays and adversary proceedings for our credit union clients.

Thereafter, Mr. Ondeck attended and graduated from the University of Baltimore School of Law. While a law student, he completed a judicial internship for the Honorable William G. Simmons in the Montgomery County District Court of Maryland. Prior to joining Silverman Theologou LLP, Mr. Ondeck worked as an Associate at Lusk Law, LLC, where he handled a wide range of legal issues for corporate clients, including corporate formation and financing, contract negotiations and litigation. While at Lusk Law, LLC, Mr. Ondeck focused his practice on representing clients in the areas of debt collection and litigation.

At Silverman Theologou LLP, Mr. Ondeck is continuing his focus on assisting clients in financial and credit related matters, with a particular focus on creditors’ rights in bankruptcy matters. Mr. Ondeck is admitted to practice before the courts in the State of Maryland and the District of Columbia.